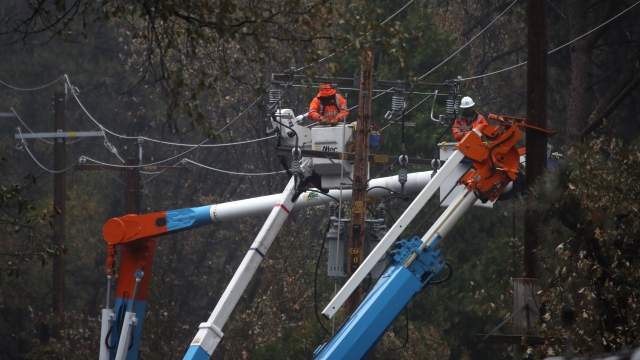 The company faces possible liabilities regarding a number of major wildfires, including last year's Camp Fire. It was both the deadliest and most destructive in California history, leaving 86 people dead and scorching over 18,000 buildings.

Fire officials are still investigating the cause of the Camp Fire, but PG&E is already facing several lawsuits over the blaze.

Fire officials have also determined that PG&E's power lines sparked more than a dozen wildfires in October 2017.  Analysts previously estimated the utility company could face tens of billions of dollars in damages for its role in the fires.

PG&E said in its statement Tuesday that as it moves through the bankruptcy process, it's still committed to providing service to its 16 million customers.