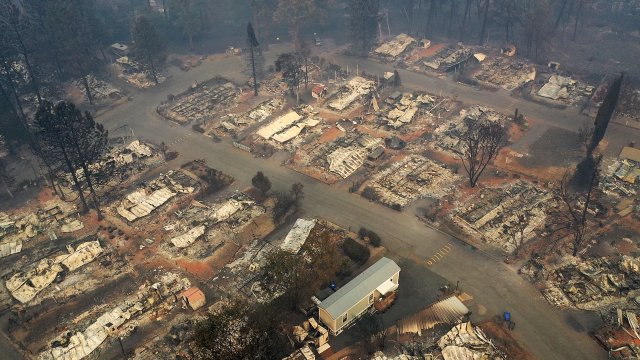 Gov. Gavin Newsom said the money for the proposed fund would come from the state's utility companies, their investors and those companies customers.

The plan follows two years of some of the most deadly and destructive wildfires in California's history — including last year's Camp Fire which destroyed the town of Paradise. Those wildfires also forced at PG&E to file for bankruptcy, after investigators determined the company's power lines were responsible for some of the fires. PG&E is facing billions of dollars in liability.

The fund still needs to be approved by the state legislature. And even if it is approved, the state's three public utility companies' buy-in is optional.

Reuters reports if the companies choose not to sign on, the state will instead create a $10.5 billion fund underwritten by an electricity surcharge.