California Prepares For Another Hot Weekend 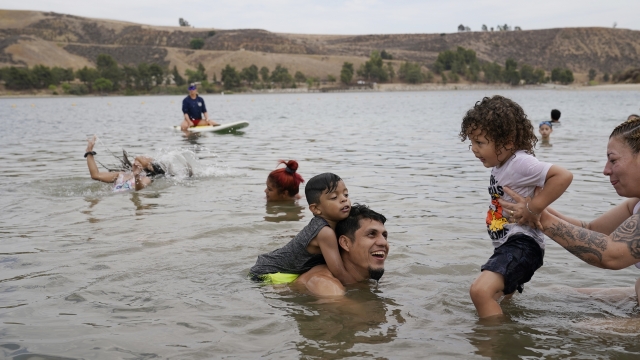 SMS
California Prepares For Another Hot Weekend
By Robin Dich
By Robin Dich
July 9, 2021
The National Weather Service has issued an excessive heat warning for most of California.
SHOW TRANSCRIPT

If you live in California, you're going to want to do anything to stay cool this weekend.

Another heat wave is on its way just days after a deadly heat wave hit the Pacific Northwest and Canada.

The National Weather Service issued an excessive heat warning for a majority of California starting today that lasts until Monday night.

The Sacramento Valley is projected to hit 115 degrees. And in Death Valley, temperatures might hit 130 degrees Saturday.

Emergency management departments across the state are focused on keeping vulnerable populations safe during the scorching heat.

California's Gov. Gavin Newsom is asking people to cut back on how much water they use. He says he hopes people will voluntarily cut back 15%.

Some of the state's most important reservoirs are at dangerously low levels because of an ongoing drought.

Newsom also added nine counties to an emergency drought proclamation that now covers 50 out of 58 counties in the state.