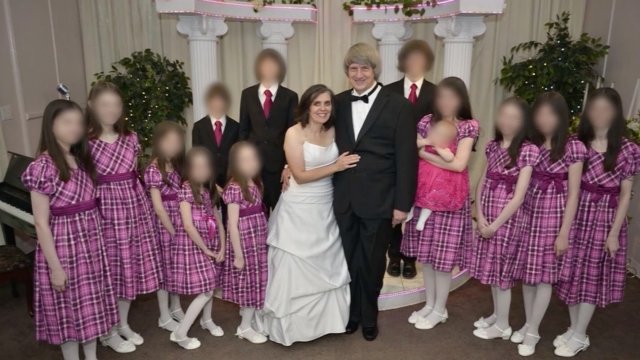 SMS
Prosecutor: Kids Held Hostage 'Didn't Know What A Police Officer Was'
By James Packard
By James Packard
January 18, 2018
The parents accused of holding their 13 kids hostage and torturing them have been charged and could face life in prison.
SHOW TRANSCRIPT

The parents accused of holding their 13 kids captive and torturing them in their California home just got charged ... with a lot.

David and Louise Turpin face 12 counts of torture, 7 counts of abuse of a dependent adult, 6 counts of child abuse, and 12 counts of false imprisonment. David Turpin was also charged with a lewd act on a minor.

They both pleaded not guilty. Their bail has been set at $12 million each. If convicted of all charges, they could spend 94 years to life behind bars.

They've been accused of keeping their 13 children, ages 2 to 29, hostage. It's not clear for how long, but officials say it was a "prolonged period of time." Investigators say the 17-year-old who escaped and called 911 had been working on an escape plan for more than two years.

At a news conference Thursday, Riverside County District Attorney Michael Hestrin detailed the children's living conditions. He said they would stay up all night and sleep during the day. They were only allowed to shower once a year, and they lacked basic life knowledge, according to Hestrin. He said several of the children didn't know what a police officer was. He also said they were severely malnourished.

"To give you an example ... one of the children at age 12 is the weight of the average 7-year-old," Hestrin said. "The 29-year-old female victim, weighs 82 pounds. Several of the victims have cognitive impairment and neuropathy, which is nerve damage as a result of this extreme and prolonged physical abuse."

Officials say at least seven of the victims went to the hospital, where they were fed.

"They would buy food including pies: apple pies, pumpkin pies, leave it on the counter. Let the children look at it, but not eat the food," Hestrin said.

Investigators say they collected hundreds of journals the kids were allowed to write in. They say they're looking through them for evidence.