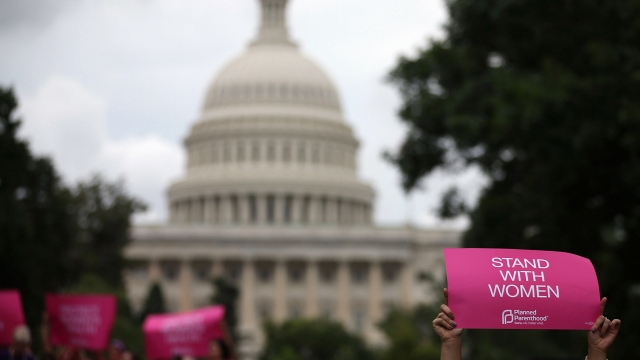 SMS
California, 20 Other States Suing Over New Abortion Rule
By Ahmed Jawadi
By Ahmed Jawadi
March 4, 2019
​Both lawsuits seek a court injunction to stop the rule from taking effect in 60 days.
SHOW TRANSCRIPT

California and a coalition of 20 states separately announced lawsuits aimed at blocking a new rule that would cut federal funding to Planned Parenthood locations that perform or refer patients for abortions.

California's attorney general filed the lawsuit Monday, while the multistate lawsuit is expected to be filed Tuesday.

Both lawsuits seek an injunction to stop the Trump administration rule from taking effect in 60 days. They say the new federal rule is unlawful and will hurt millions of low-income women. The Department of Health and Human Services published the final rule last month.

It would require that the clinics receiving funding be completely separate, physically and financially, from facilities that are linked to abortion services. It also aims to free up some of that funding for faith-based organizations.

The rule was implemented Monday, after the rule was published in the Federal Register.