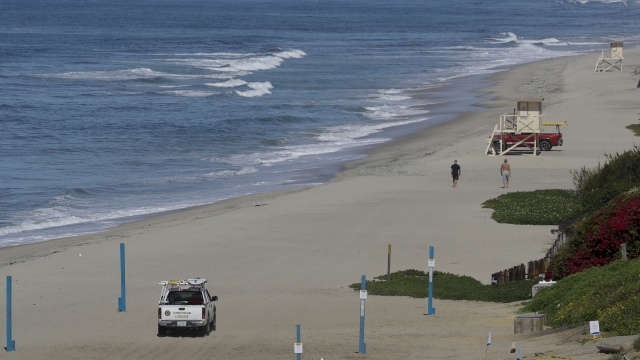 California has ordered a "hard close" of Orange County beaches starting Friday. Gov. Gavin Newsom's announcement on Thursday clarified an earlier memo he sent to the California Police Chiefs Association saying he intended to shut down parks and beaches statewide amid the pandemic.

The governor has criticized people who flooded beaches in southern California this past weekend amid an ongoing heat wave. On Monday, Newsom warned Californians the coronavirus "doesn't take the weekend off" and that ignoring stay-at-home orders now could roll back the progress the state has made in fighting the disease.

He said the crowded beaches were an example of "what not to do" and that Orange County has been an area of concern for public health officials.

A number of California's beaches have shut down due to the outbreak, but some have reopened in recent days. Although local authorities said many beachgoers observed social distancing guidelines, some officials have challenged the practicality of Newsom's strategy.

Officials in the traditionally conservative Orange County described the closures as an "overreaction" and said residents have been cooperative with lockdown measures. They also said they feared the state will "undermine that cooperative attitude and our collective efforts to fight the disease."