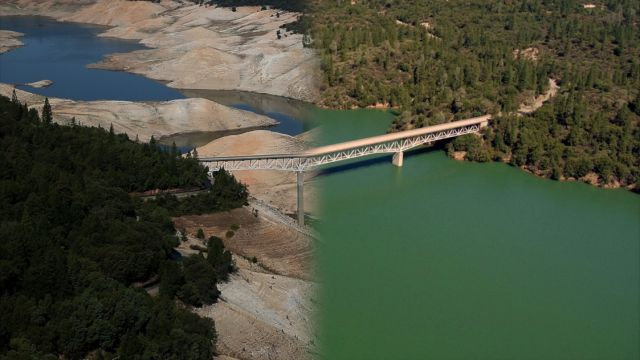 SMS
California Is Nearly Drought-Free — A Huge Change From A Year Ago
By James Packard
By James Packard
February 23, 2017
The state is seeing its lowest drought numbers since 2011.
SHOW TRANSCRIPT

California is looking at its lowest drought levels since 2011.

Just a year ago, the Golden State was only 6 percent drought-free. Now, it's at 83 percent. No part of California is in extreme drought — a first in four years.

It's probably not surprising news, given the deluge that's pounded the state lately. Heavy rains damaged roads, downed power lines and forced people out of their homes.

According to the Los Angeles Almanac, the City of Angels has already received almost 7 inches more than it normally does at this point in the year. 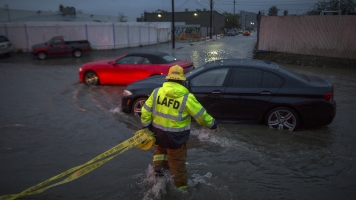 Gov. Jerry Brown declared a state of emergency in 2014 as the drought stretched into year two. He hasn't changed that declaration since, even with these new figures.

A spokeswoman for the California Natural Resource Agency told NBC News the state now has to be prepared for the possibility of more floods. She said the state is on track to have its wettest year on record.