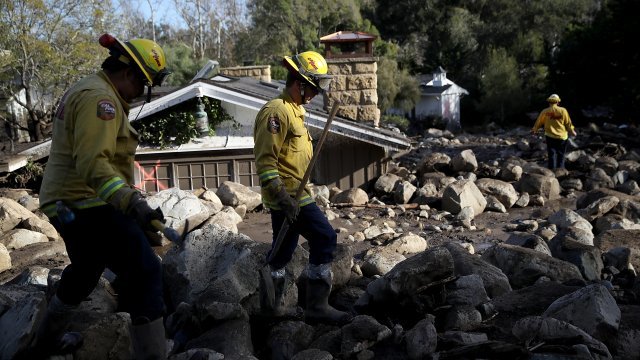 Mudslides in Southern California have killed at least 15 people, injured nearly 30 and trapped hundreds in their homes.

Dramatic rescues continue in California's Santa Barbara County, where mudslides wiped away anything in their path, including 100 homes.

The mudslides have killed at least 15 people and injured nearly 30 more. Officials say dozens of people are also still missing.

She says: "There used to be a fence right here. That's my neighbor's house, devastated ...."

On Wednesday, heavy construction equipment began plowing away the muddy mess left behind on California's 101 freeway.