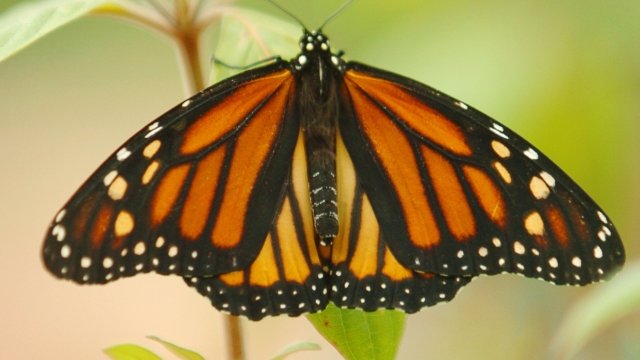 Monarch butterflies are some of the world's most important pollinators, but their populations appear to be declining rapidly.

According to environmental conservation nonprofit the Xerces Society, the number of monarch butterflies that traveled to California overwintering sites this year was "disturbingly low."

The count takes several weeks, and not all the data is in yet.

Overall though, this population of butterflies has been reduced to less than 0.5 percent of its historical size. Researchers say it used to be in the millions.

And while they're not exactly sure why this year's population declined so much, reasons for the overall decline include habitat loss and the increased use of pesticides. But researchers say fixing those problems and boosting conservation efforts could help save these butterflies.