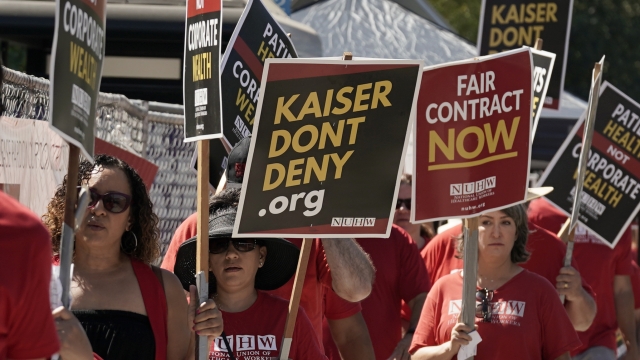 SMS
California Mental Health Workers Go On Strike
By James Packard
By James Packard
August 15, 2022
Mental health clinicians are going on strike, as many providers complain their patients aren't getting the help they need.

In Northern California Monday, thousands of mental health clinicians are starting an open-ended strike over long wait times and heavy workloads, worried about patients who aren't getting care as a national mental health crisis balloons.

In Lakewood, Ohio, police are responding to mental health or substance abuse crisis calls and are seeing 23% more activity in their crisis intervention sector. Gary Stone is the captain of the Lakewood Police Department.

"I'm seeing it building where there's more of these calls we're going on," Stone said.

Captain Gerald Vogel of the Westlake Ohio Police Department agrees: "Weekly, we have multiple calls that are dealing with people who are having troubles," Vogel said.

The World Health Organization says globally the pandemic triggered a 25% increase in anxiety and depression.

"They're seeing 200 to 300 patients that are on their caseload, and that's not healthy," Wise-Diangson said.

And in Northern California, the union representing the striking workers says Kaiser, the nation's largest nonprofit HMO, is only staffing one mental health clinician for every 2,600 members.

It's leading to long wait times and heavy workloads. 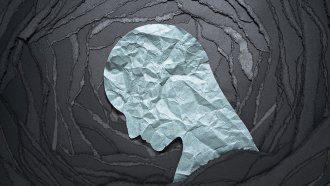 Exploring The Causes And Effects Of Anxiety

"We do absolutely zero preventative mental health care, which is an enormous flaw in the system. But we're not intended to be doing exclusively crisis intervention. But unfortunately, that's pretty much what we're doing these days. Given the frequency we're able to see patients," Wise-Diangson said.

Kaiser says it has added a net 200 new clinicians since the start of last year.

But it's not enough to stop a strike, right as parents from coast to coast stress about the coming school year, and their kids do the same.

"Returning for school under the best of circumstances is a time of a plethora of emotions and there's a lot of overwhelming things that they're dealing with because these are not normal times," Wise-Diangson said.

In Montana, Beth Price Morrison is worried about kids with COVID stress and school shootings on their minds.

And in Michigan, Dr. Adelle Cadieux is seeing more and more traffic in her medical center's behavioral health unit.

"Sometimes anxiety actually comes out more as anger and irritability. So some kids… you know, seem to be just upset or really frustrated all the time, or getting angry really easily," Dr. Cadieux said.

It's a call to parents as a global mental health crisis is prompting health care workers to take the fight into their own hands, and demand their patients have access to the care they need.

"I have to believe that someone at that bargaining table is finally going to say, 'You know what? They're right. This isn't the top-tier mental health care that we want to be providing. We've got to make a change,'" Wise-Diangson said.