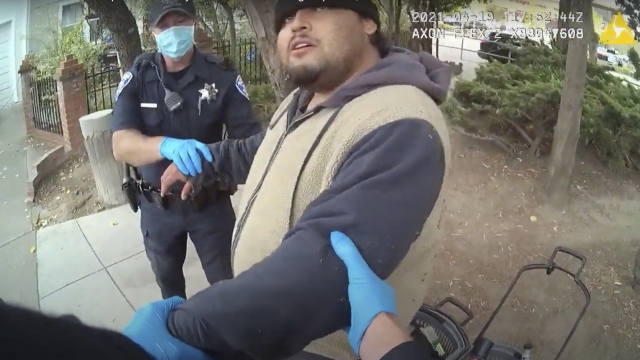 SMS
California Man Dies After Police Pinned Him To Ground For 5 Minutes
By Austin Kim
By Austin Kim
April 28, 2021
Police say they got calls that Mario Gonzalez appeared to be under the influence in a park and resisted arrest after refusing to provide I.D.
SHOW TRANSCRIPT

Police in northern California released body cam footage that showed officers pinning a man to the ground for five minutes before he died. Some may find the video disturbing.

Officers from the Alameda Police Department spoke with Mario Gonzalez at a park on April 19. The police say they got 9-1-1 calls alleging Gonzalez was drunk in the park.

Officers tried to arrest him but he resisted and there was a struggle as he was taken to the ground. Gonzalez's family says the officers used excessive force.