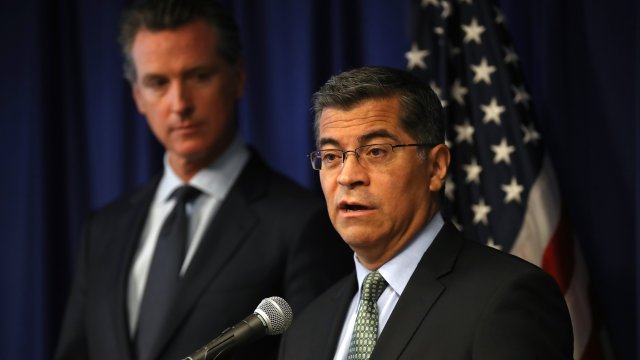 SMS
California Attorney General And L.A. County Sue Juul Labs Inc.
By Johannah Grenaway
By Johannah Grenaway
November 18, 2019
The lawsuit alleges Juul's ads targeted underage users and failed to give warnings about the health risks of its products, among other things.
SHOW TRANSCRIPT

The lawsuit alleges the company's advertisements targeted underage users and failed to give warnings about the health risks of its products. It also alleges Juul failed to verify consumers' ages in California, improperly kept the personal email addresses of minors and used those email addresses to send them more ads.

Attorney General Xavier Becerra said, "We've worked too hard, committed our hard-earned money for too long combating harmful tobacco use to stand idly by as we now lose Californians to vaping and nicotine addiction. Juul adopted the tobacco industry's infamous playbook, employing advertisements that had no regard for public health and searching out vulnerable targets."

Juul maintains that its e-cigarettes are tools meant to help adults stop smoking traditional cigarettes and even eliminate nicotine consumption entirely. This year, it has stopped the sale of fruit- and dessert-flavored products amid public scrutiny around youth vaping. The only flavors it still offers are tobacco and menthol.

Becerra said, "We will hold Juul and any other company that fuels a public health crisis accountable."