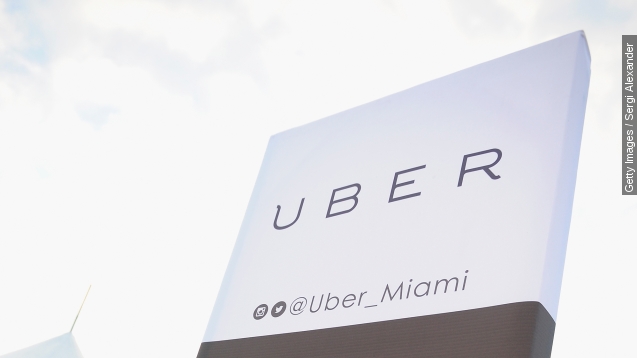 For the million-plus Uber drivers out there, or at least those of you operating in California, you might soon be able to call yourselves "employees of Uber." It's exactly what Uber execs have feared and fought against since the company's launch in 2009.

The California labor commission ruled Tuesday morning that at least one driver — or "independent contractor" in Uber's words — is actually an employee of the company. (Video via Uber)

Fortune reports the commission's ruling rejected Uber's appeal over a former San Francisco driver who asked for more than $4,000 to cover expenses during her time working for the company.

For the company that currently employs only about 1,000 people in its San Francisco corporate office, the change could be catastrophic if it's extended to other Uber drivers. Business Insider predicts if the ruling stands, Uber will have to dramatically downsize and begin providing benefits and wages for each driver — drivers like Regina who need to make a living. (Video via Uber)

"I was in real estate for 22 and a half years and looked around and didn't know what I was going to do after that. Uber came up, and I didn't think I'd be able to drive that much, but I just drive all day," said one Uber driver.

Controversy isn't new for Uber. There are partial and full bans of the ride-hailing service across the globe. GlobalPost highlights the string of "public relations disasters" the company has experienced due to everything from sexual assault charges to entering new markets where local officials didn't want the service.

The employee-versus-contractor controversy isn't new, either. According to Silicon Beat, the Florida Department of Economic Opportunity already ruled in favor of a disgruntled former Uber driver who was denied after filing to receive unemployment benefits from the company.

It's a battle that likely won't go away soon. The lawyer taking a stab at the "Uber giant" in multiple court cases is a seasoned veteran in the war against on-demand services.

Regarding her stance on the matter, Shannon Liss-Riordan told Business Insider: "I just don't know how Uber can argue with a straight face that as a $40 billion dollar company it can't afford to insure its drivers, pay minimum wage or pay overtime, or be reimbursed for their expenses. This is not going to put Uber out of business."

Uber responded to the ruling by claiming it only applies to one driver, though legal analysts say it will likely be cited in lawsuits brought by other drivers.

Correction: A previous version of this video misstated that this ruling affected all Uber drivers in California. The ruling applied to only the single driver. The video has been updated.