As Calif. Wildfires Come To An End, Dangerous Aftermath Begins 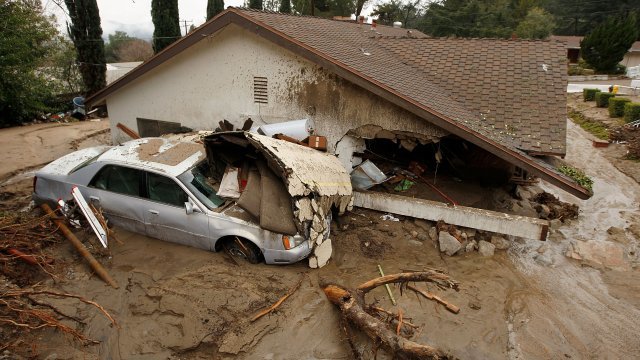 California's wildfires may be over for now, but the aftereffects could still be dangerous for the state.

California is expected to get up to 4 inches of rain next week. That may sound promising for an area so recently ravaged by wildfires fueled in part by dry conditions.

But rainstorms over land scorched clean of roots and vegetation makes for the perfect recipe for mudslides.

A U.S. Forest Service spokesman told CNBC, "We have a lot of steep, fire-denuded hill slopes where a lot of heavy rain at once could cause flooding and debris flows."

In similar fashion, Santa Barbara County Public Works said Thursday, "To think that there won't be flooding would be very foolish."

The Thomas fire, the biggest recorded fire in California history, began Dec. 4 and is still burning at 92 percent containment as of Thursday.

The recency of the fire left officials little time to prepare. Now, crews are frantically rushing to clean out catch basins for upcoming rains.

California is trying to recover from a historically destructive wildfire year. Several fires broke records in 2017, including the Tubbs fire in Sonoma County, which destroyed the most structures.