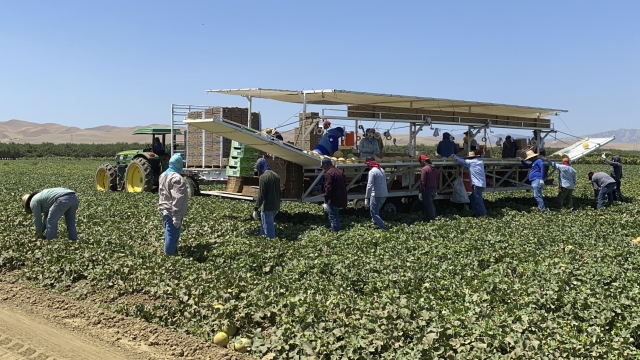 The West's extreme heat, now stretching into a second week, is straining American agriculture. It's now threatening supplies of crops and livestock.

Colorado farmer Sasha Smith was already feeling the pressure before the most recent heatwave.

"When you're reliant on the weather, you don't have a choice," Smith said. "You have to adapt. You have to change to be successful and to be able to get things out and ready to sell."

Danny Munch is an economist with the American Farm Bureau.

"On top of all the other inflationary pressures, operating expenses, high fertilizer prices, high fuel prices — this is just another thing on the docket that our farmers and ranchers are facing," Munch said. "Forage quality going down means that the market weight of their animals is lower, so they're making less money off the animals that they are selling." 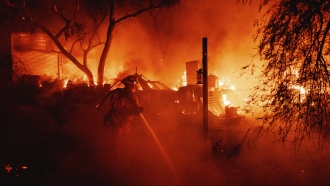 California Officials Warn Of Possible Blackouts Due To Extreme Heat

He says this heatwave will have a lasting impact down the road.

"A lot of our berries come from California, so drought, removal of those orchards or just continued heat pressures is gonna reduce the supply we have here and increase those localized prices for consumers," Munch said.

Now it's an immediate threat to people. A hiker, Dr. Evan Dishion, died Monday after hiking with friends and getting lost in the heat in Arizona.

His wife spoke to Newsy's sister station in Phoenix.

"He was really thoughtful and self-reflective and intelligent, and he just wanted to help people," Amy Dishion said. "It's not worth it. He didn't want to leave me and Chloe, and I don't want other people to leave behind people that they love just to go on a hike."

Leaders and medical workers across the West are trying to save others from the same devastation, as power grids strain to keep the air conditioning running.

On the Nevada-Arizona border, hurricane-force winds brought down 100 power poles, stranding thousands without power in the sweltering heat.

"It was so vicious that we couldn't even see our neighbor across the street," said Stephen Durrett, who is without power. "When the electric goes, everything goes."

It will be days more for the hundreds still in the dark.

In southern California, it's an eighth straight day of triple digits.

Contractor Shaun Clifton and his team are trying to manage their work outdoors.

"We take a break, and at the end of the day, we make sure the cooler is full of beer," Clifton said.

It's a routine many will have to get used to in the West as extreme heatwaves get more common in long-term forecasts and change many everyday things, from outdoor work and play to farming.

"Taking a proactive approach for a lot of our water management organizations could buffer some of the issues we're facing just with a mindset change," Munch said.