California Has Lost 18 Million Trees Since The Fall Of 2017 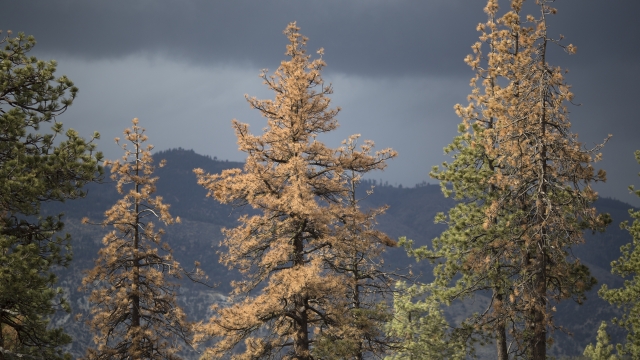 A new survey says an estimated 18 million trees have died in California since the fall of 2017.

Tree mortality has been a long-term issue for the state. A yearslong drought and subsequent bark beetle epidemic have helped kill more than 147 million trees in California since 2010.

A state forestry official says the 18 million figure is actually "encouraging" since it's far fewer dead trees than in previous years. Scientists counted 27 million in 2017 and 62 million the year before that.

Local, state and federal officials have reportedly worked together to remove some of the dead trees since 2016. And the U.S. Forest Service restores hundreds of thousands of acres of land each year. But the dead trees that remain pose a great risk to California's population and infrastructure.

That's because dead trees are dry — so they're extremely flammable and can easily become fuel for wildfires. The last two years have seen some of California's most destructive wildfires in history, including the 2018 Camp Fire. It destroyed more than 18,000 structures and killed more than 80 people.