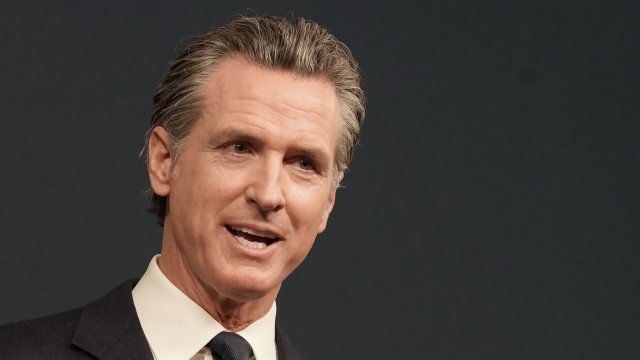 California will start requiring gun makers and sellers to follow a whole new set of guidelines — a new precedent aimed at keeping guns out of the wrong hands.

Starting July 2023, gun makers and sellers in California will have to implement what the state calls "reasonable precautions against theft or selling guns to someone who could use it illegally or to harm someone else."

That requirement is subjective, and gun rights groups argue it's too vague.

But amid a rash of mass shootings and popular demand for tighter guns laws, it's a state measure that goes beyond current background check standards.

It adds to restrictions in a state where lawmakers are trying to limit conceal carry permitting after a Supreme Court ruling upended current laws.

"We don't want a proliferation of weapons in sensitive areas and we don't want the wrong people to have guns. That makes sense. They all work together. And California's safer because of it," state senator Anthony Portantino said.

After a bipartisan law passed by Congress to strengthen so-called red-flag laws, President Biden is readily admitting its shortcomings.

"We will not save every life from the epidemic of gun violence but if this law had been in place years ago, even this last year, lives would have been saved," President Biden said.

He's calling on states to go further than the federal government.

That's exactly what California is doing, following in the footsteps of states like New York, New Jersey and Delaware, which have all enacted similar laws.

That skirts a 2005 federal law that protected gun manufacturers from lawsuits.

The law allows an exemption when a manufacturer has violated a state law.

It allows California to add restrictions in what is already the country's most restrictive state on guns.

"Now is the time to galvanize this movement. Because that's our duty to the people of this nation," President Biden said.