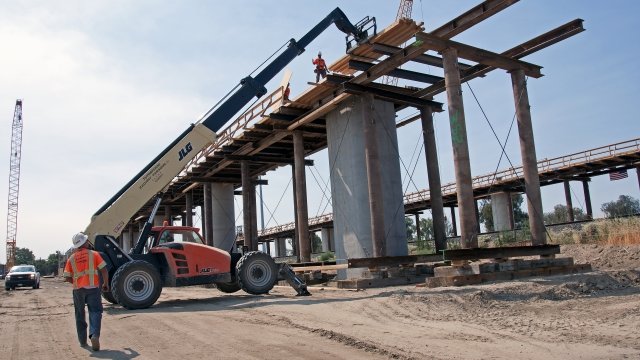 Californians against a gas tax increase proposed a new ballot measure Tuesday that would put the brakes on the state's $77 billion high-speed rail project.

It was raised by supporters of Prop 6, which will be on California ballots in November. The state hiked its gas tax and vehicle fees last year to help fund road repairs and expand public transit. Prop 6 aims to roll back those increases.

The new proposal, which would come up for a vote in 2020, would change the state's constitution to require revenue from existing gas taxes be used only for road and bridge work. It would also halt funding and construction for the state's high-speed rail project and dedicate any remaining funds to pay off its debt.

The high speed rail's funding comes from bonds, federal dollars and revenue from the state's cap-and-trade program, but the new proposal's supporters are worried the state could dip into gas tax revenue to pay for the rail project. Supporters of the higher gas tax, though, point out that's not legally possible.

California voters approved the project back in 2008. The high-speed train would take riders between Los Angeles and San Francisco in under three hours and was initially supposed to cost around $40 billion. It's now expected to cost nearly twice that. It's the largest infrastructure project in the state's history and is set to be completed in 2033.