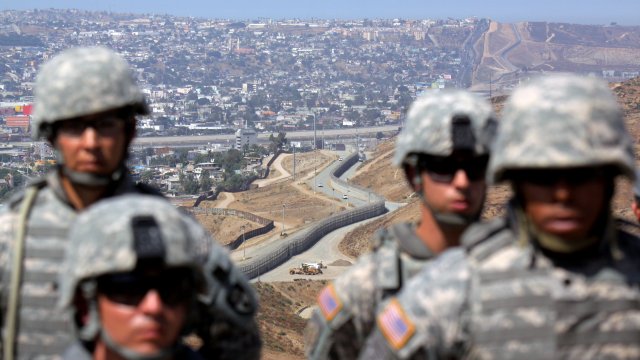 "The crisis on the border is a manufactured crisis. And we are not interested in participating in this political theater," California Gov. Gavin Newsom said.

California's governor is pulling all of the state's National Guard troops from the U.S.-Mexico border.

Gov. Newsom said Monday he had signed a general order to remove hundreds of National Guard members from the border. They'll be redeployed to fight fires and gather information on drug cartels.

Last week, New Mexico's governor made a similar decision. She withdrew most of her state's National Guard members from the border.

Back in April, President Donald Trump approved the deployment of up to 4,000 National Guard troops to the border in California, New Mexico, Arizona and Texas. Without California and New Mexico's forces, only just over 1,700 troops will be left in Texas and Arizona.

Former California Gov. Jerry Brown agreed to send troops to the border in April. They were originally scheduled to stay there through March of this year.