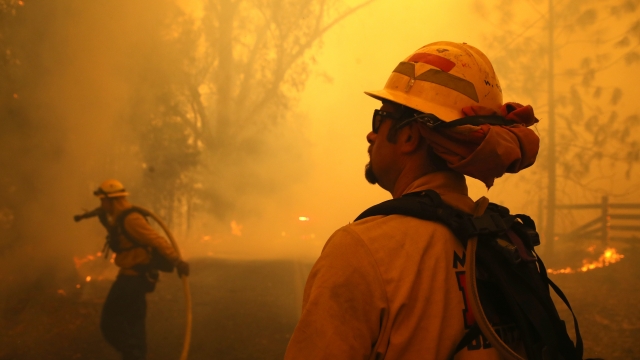 California Gov. Gavin Newsom is calling out President Trump for his understanding of climate change. It's in response to the president's criticism of the state's forest management in light of ongoing wildfires.

On Sunday, President Trump said on Twitter: "the Governor of California, Gavin Newsom, has done a terrible job of forest management. I told him from the first day we met that he must "clean" his forest floors regardless of what his bosses, the environmentalists, DEMAND of him. Must also do burns and cut fire stoppers....."

Newsom responded on Twitter by saying "You don't believe in climate change. You are excused from this conversation."

President Trump's comments have sparked backlash among politicians and California residents alike, as much of the wildfires in the state this fall have been in grassland areas, not forests.

In a statement, Gov. Newsom said, "We're successfully waging war against thousands of fires started across the state in the last few weeks due to extreme weather created by climate change while Trump is conducting a full on assault against the antidotes."

As of Monday morning, there are seven active wildfires in California.