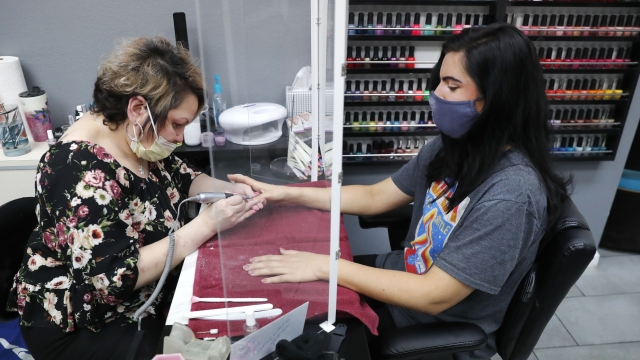 SMS
California Governor: COVID-19 Community Spread Began In Nail Salon
By Ahmed Jawadi
By Ahmed Jawadi
May 7, 2020
The California governor made the statement when asked why nail salons weren't a part of the state's stage 2 reopening plans.
SHOW TRANSCRIPT

California Gov. Gavin Newsom has revealed the state's first instance of community spread of coronavirus happened in a nail salon.

Earlier this week, Newsom announced some low-risk retailers, like clothing stores, bookstores and florists, can begin offering curbside pickup Friday if they meet certain state guidelines. During a press conference Thursday, Newsom was asked why nail salons aren't on that list.

"This whole thing started in the state of California, the first community spread, in a nail salon," Newsom said. "I just wanted to remind you, remind everybody, of that. I'm very worried about that."

The California governor acknowledged many salons had been practicing strict sanitary requirements — like wearing masks and gloves — even before the outbreak began. But he said state health directors are worried about reopening too quickly, and "have put some red flags" on nail salons as a high-risk business.

Businesses like gyms, movie theaters and nail salons won't be able to reopen until the third stage of the state's four-part "Resilience Roadmap." No timeline has been set, but Newsom said he hopes California can move to the next phase "shortly."