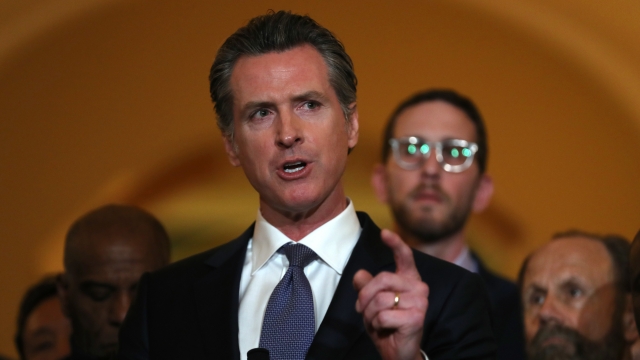 California Gov. Gavin Newsom signed two bills on Monday that would limit vaccine exemptions for schoolchildren in the state.

The California Assembly passed one of the bills, SB 276, last week. It would require the state health department to create a standardized, statewide request system for doctors to use when documenting medical exemptions for vaccines. It would also require the department to review schools' and other institutions' immunization reports every year. Schools or institutions that don't report immunization rates to the department or that have a vaccination rate under 95% will be subject to review. Any doctors who issue five or more exemptions in a year could also be reviewed.

Newsom said he wouldn't sign the bill unless it underwent certain changes. As such, state lawmakers passed a companion bill, SB 714, on Monday to address some of the governor's requests. That bill would give students who are issued exemptions prior to next year a grace period before they have to get a new one. It also lets the department deny exemptions written by doctors who have been subject to immunization-related disciplinary action. The bills will be enforced starting next year, meaning doctors who have granted a lot of medical exemptions in the past will not be investigated, according to The Associated Press.

California has some of the strictest immunization rules in the country. Doctors there can only excuse children from vaccinations for medical reasons. Only four other states — West Virginia, Mississippi, Maine and New York — do not allow vaccine exemptions based on religious or personal beliefs.