California Goes From Soft To Hard On Anti-Vaccine Movement? 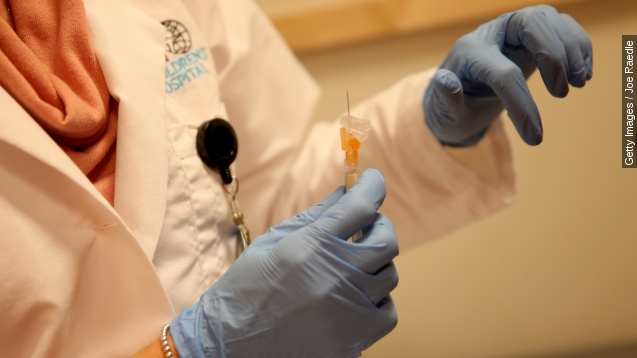 SMS
California Goes From Soft To Hard On Anti-Vaccine Movement?
By Matt Patston
By Matt Patston
June 26, 2015
California, once a champion of the anti-vaccine movement, is passing a law that would make vaccines mandatory for schoolchildren in the state.
SHOW TRANSCRIPT

The same state that led the charge in the controversial anti-vaccine movement is now passing one of the strictest mandatory vaccine laws in the country.

On Thursday, the California assembly approved SB 277, a bill that would eliminate the state's "personal belief" exemption and require children to be vaccinated before they're enrolled in school. (Video via CBS)

The personal exemption loophole previously allowed parents to skip their child's vaccinations for religious or personal beliefs. For instance, if parents felt vaccines were harmful or unsafe— a theory that gradually gained steam after a now disproven study linked vaccines to autism in 1998.

California's anti-vaccine movement was blamed for a measles outbreak last January at Disneyland, which spread across California and even affected other states.

The bill's supporters rallied around the case of Rhett Krawitt, a 7-year-old leukemia patient who was kept out of school because he couldn't risk being around unvaccinated children. (Video via the Leukemia & Lymphoma Society, Northern California Chapter)

People who protested the bill argued less about the specifics than the slippery concept they say the bill represents — state-mandated health care.

The bill was voted through by a bipartisan vote of 46-30, and it will now return to the state Senate for final approval.