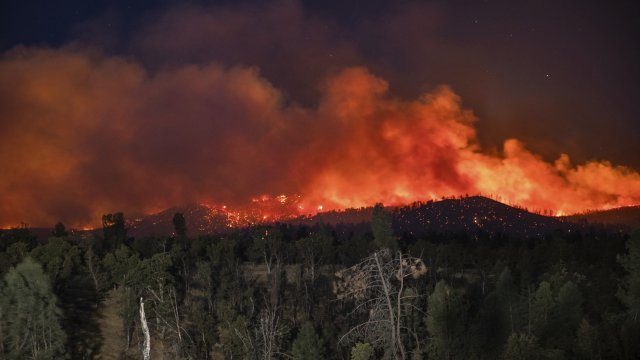 Firefighters in California are bracing for another round of devastation as dozens of wildfires burn in the state.

After having a few days of clearer skies and cooler temperatures, the National Weather Service issued a red flag warning for most of Northern California indicating conditions are ideal for a rapid spread of the flames.

Fires broke out in the Napa-Sonoma wine region on Sunday.

The Napa County Sheriff's office warned people not to delay in evacuating, tweeting video of  roads lined with fire.

Another heat wave in the West Coast is forecast to bring gusty winds, with high temperatures reaching the upper 90s, creating even drier conditions and further taxing already-exhausted firefighters.