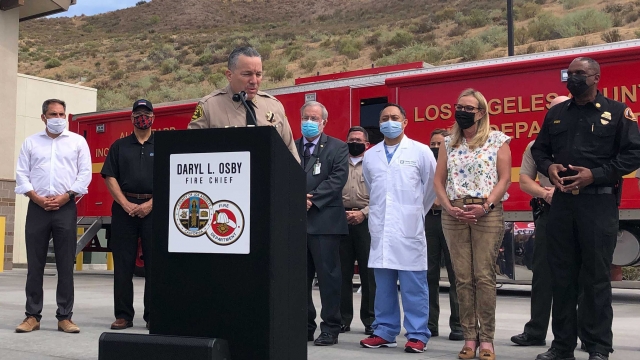 Police are trying to figure out a motive in California's second deadly workplace shooting in the last week.

A firefighter killed a coworker and hurt another at a Los Angeles county fire station Tuesday in a rural town North of Los Angeles.

Police said he then drove to his home set it on fire and apparently killed himself. He has not been identified.

The fire chief said the shooter was not scheduled to work Tuesday and came to the station confronting the on-duty firefighters.

"I stand here from the perspective that you see other people do, but I just never thought it would be me nor our fire department family that would suffer this type of loss," said Los Angeles County Fire Department Chief Daryl Osby.

The chief said there were no known disciplinary actions against the gunman.

The man who was shot and killed was a 44 year old fire specialist. He was the father of three daughters and had been with the department for more than 20 years.