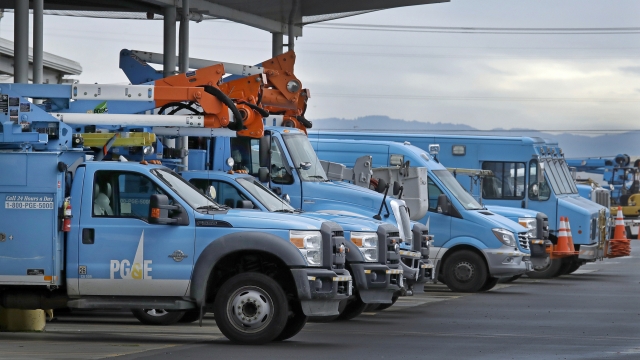 California fire victims are seeking an updated settlement with utility giant PG&E because they're worried they might not get as much compensation as they thought.

The $13.5 billion agreement is based in equal parts cash and company shares. But when much of the nation shut down due to the coronavirus outbreak — and the Dow Jones industrial average fell by a third since February — the value of PG&E shares tanked about 10 points.

Attorneys for the victims say the company never promised that the number of shares would be adjusted in an economic collapse. They asked a federal judge on Thursday to force the company to promise to provide enough stock to equal half the $13.5 billion.

The fires covered in the settlement killed over 150 people and destroyed tens of thousands of homes. They include the 2015 Butte Fire, the 2016 Ghost Ship warehouse fire, the 2017 North Bay fires and the 2018 Camp Fire, all in Northern California.