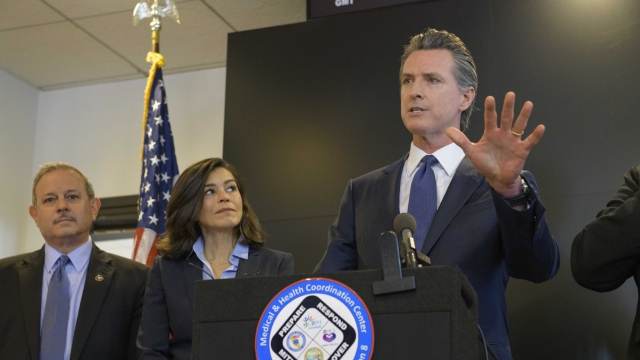 Washington and California have both reported new coronavirus deaths, bringing the total U.S. death toll to 11.

Two more people in the U.S. have died of coronavirus, including the first reported death outside of Washington state. A California resident died Wednesday, bringing the total to 11 deaths. During a press conference, California Gov. Gavin Newsom declared a state of emergency.

Newsom also offered his condolences to the family and loved ones of the patient who died. He said the man was on a Grand Princess cruise to Mexico last month. Another person who was with the man on the cruise ship is being closely monitored. The ship dropped off people in California and continued on to Hawaii. But upon its return to San Francisco, Newsom said 21 people aboard had symptoms. Officials have requested that the ship's arrival be delayed while people are tested.

Newsom also said there are currently 53 cases in California. He assured residents the state has protocols and procedures in place to respond to the outbreak. He said, "California is working hard to ensure our health care system is in the strongest possible position to respond to this evolving situation."

As of Wednesday evening, Johns Hopkins University reported more than 150 confirmed cases of coronavirus across the U.S.