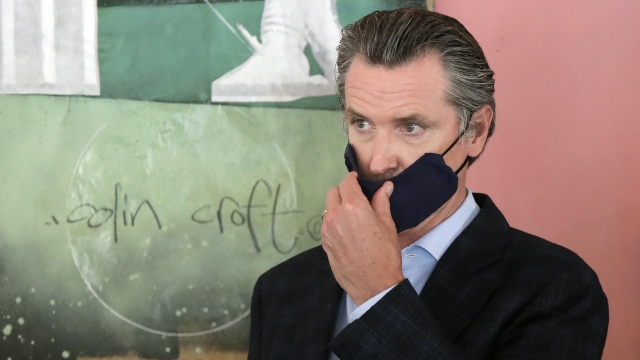 The U.S.'s most populous state continues to break records for daily COVID-19 cases.

On Wednesday, California counted over 7,000 new cases in 24 hours — a 69% jump in two days. Hospitalizations have increased by almost a third in two weeks.

Gov. Gavin Newsom attributes many new cases to private gatherings in homes, and notes that cases are skewing younger. He announced that the state would withhold funding for counties that don't enforce public health orders, saying, "We cannot continue to do what we have done over the last number of weeks."

On Wednesday the U.S. as a whole counted over 38,000 new cases. That's the highest single-day total yet. Florida and Oklahoma also set records for new cases, and Arizona saw its highest number of new hospitalizations.

While some politicians have cited increased testing as the reason for the surge in cases, experts say it's not the only reason. While testing is catching more cases, the proportion of positive tests is also increasing.