California To Ban Pesticide Linked To Brain Damage In Children 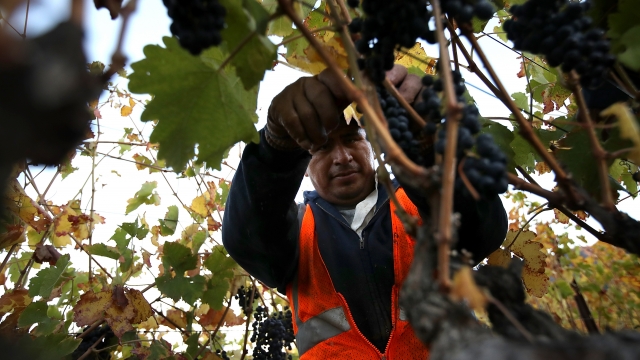 SMS
California To Ban Pesticide Linked To Brain Damage In Children
By Ahmed Jawadi
By Ahmed Jawadi
October 10, 2019
​The California Environmental Protection Agency announced "virtually all use of the pesticide chlorpyrifos" in the state will end in 2020.
SHOW TRANSCRIPT

California will ban the sale of a widely used agricultural pesticide that state officials say has been linked to brain damage in children.

Chlorpyrifos was designated as a "toxic air contaminant" in 2018. State regulators determined the pesticide was harmful to people at even lower levels of exposure than previously believed. They also say the pesticide has been "associated with serious health effects in children ..., including impaired brain and neurological development."

Per the deal, the state will also set aside more than $5 million to help manufacturers develop a safer pesticide alternative.

California Gov. Gavin Newsom praised the deal, saying, "For years, environmental justice advocates have fought to get the harmful pesticide chlorpyrifos out of our communities. This is a big win for children, workers and public health in California."

The EPA had proposed a federal ban on the pesticide in 2015, but reversed course two years later.