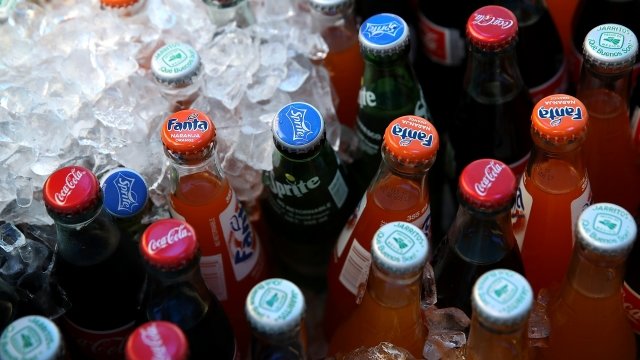 SMS
California Bans New Local Taxes On Soda Until 2030
By Jake Jones
By Jake Jones
June 30, 2018
Advocates for these types of taxes say they've been successful in combating health issues caused by the sugary drinks, like obesity.
SHOW TRANSCRIPT

California has banned any new local taxes on groceries, including soda, until 2030 in a deal to avoid a ballot showdown with the beverage industry.

Taxes already in place on sugary beverages will remain. Advocates say those taxes have been successful in combating health issues caused by the drinks, like obesity.

But big beverage companies like Coca-Cola and PepsiCo used the state's political system as a way to force the newly passed ban. A business group backed a ballot measure that would have made it difficult to pass ANY new tax or tax increase.

If that ballot measure had gone forward and passed by popular vote in November, state and local legislatures would have needed a two-thirds majority vote to raise taxes, rather than just over half. Faced with the decision between the limited ban on soda and groceries or a barrier to any new taxes, California lawmakers agreed to pass the limited ban. In return, the business group withdrew its ballot initiative.