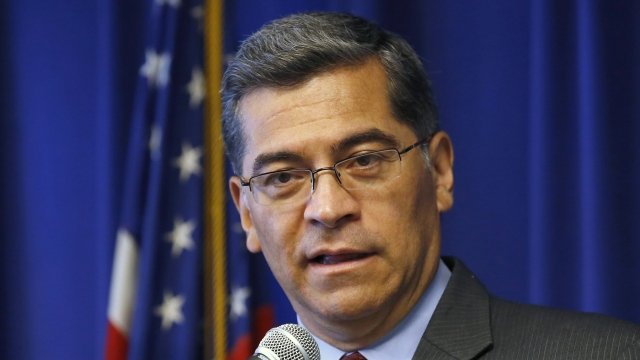 California's attorney general has announced a series of proposals aimed at reforming policing in the state.

During a virtual press conference on Monday, Attorney General Xavier Becerra acknowledged that more needs to be done in regard to "systemic failures that cause and allow police misconduct to perpetuate."

"There are crises out there, and we want to make sure that we're taking a close look at that," Becerra said. "That's why we are urging local authorities across California and our state legislature to work with us in actively engaging in police reform. We cannot afford to ignore the realities faced by Black Americans and people of color in this nation and in our state."

His proposals included requiring officers to intervene if they see another officer using excessive force; banning the use of chokeholds during arrests; and conducting more comprehensive reviews of law enforcement policies and practices in the state.

Becerra also announced his office will send investigators to Palmdale to look into the hanging death of Robert Fuller. The L.A. County Sheriff's Department said Fuller's death "appeared to be consistent with a suicide," but his family believes the 24-year-old Black man may have been lynched.