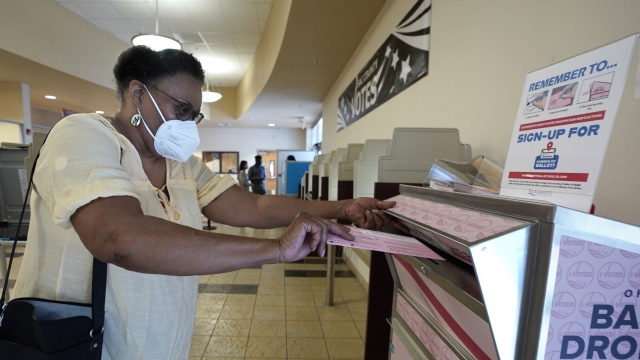 There is no doubt California is the most intriguing of the states voting Tuesday, with one of the biggest races being the battle to become the next mayor of Los Angeles. Congresswoman Karen Bass and real estate developer Rick Caruso are atop the polls in a race that has been defined by issues like crime, pollution and the homelessness crisis. And if no candidate reaches 50% of the vote, the race to succeed outgoing mayor Eric Garcetti will go to a runoff in November.

Other states voting Tuesday are Iowa, Mississippi, New Jersey, New Mexico, South Dakota and Montana, which gained a new congressional seat after the 2020 census, and where former Trump Secretary of the Interior Ryan Zinke is looking to make a return to Congress. Zinke helped Trump build the border wall on federal lands, despite opposition.

And in Alaska on Saturday more than 40 candidates are vying to replace the late Republican congressman Don Young – among them former vice presidential nominee Sarah Palin. The top four vote getters advance to a special election in August.