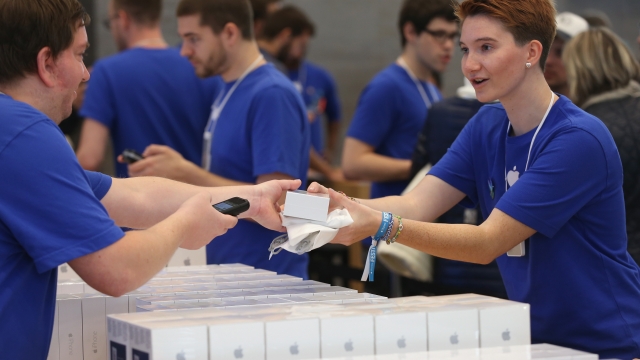 SMS
Calif. Supreme Court Rules Apple Must Pay Employees For Exit Searches
By Caitlin Baldwin
By Caitlin Baldwin
February 17, 2020
The court says Apple retail store workers must be paid for the time it takes to have their belongings checked before leaving.
SHOW TRANSCRIPT

California's highest court ruled Apple store employees must be paid for the time it takes to have their belongings checked before leaving.

Apple argued personal items could be left at home. But the court called the argument ironic. It referenced an interview with Apple CEO Tim Cook from 2017 where Cook referred to the iPhone as having "become so integrated and integral to our lives, you wouldn’t think about leaving home without it."

The court says Apple is welcome to change its exit search policy to minimize delays, but it still must pay its employees for that time.

The ruling is retroactive, meaning employees could be eligible for back pay from as far back as summer of 2009.