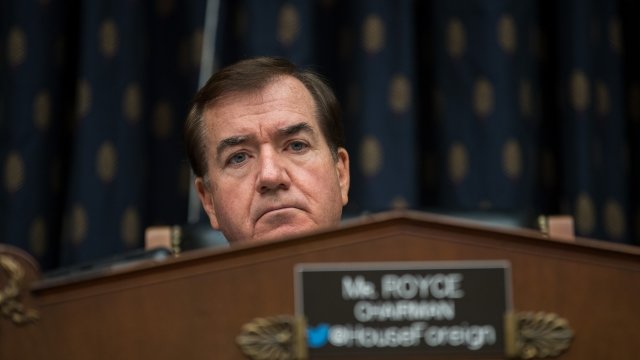 Another House Republican says he won't seek re-election, adding to a growing list of soon-to-be vacant seats for the GOP.

Rep. Ed Royce of California said in a statement he would "focus fully on the urgent threats facing our nation" and that he "decided not to seek reelection in November."

More than 25 House Republicans won't seek re-election for one reason or another; that's right around the number of seats Democrats would need to retake the majority in the chamber, something that hasn't happened since 2011.