Calif. Now Has The Strictest Law For Livestock Antibiotics 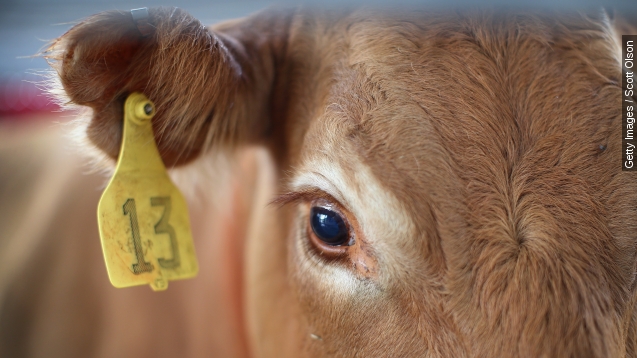 After a lot of debate, California has become the first state to ban the routine use of antibiotics for livestock.

California now has the strictest measures in the nation against the use of antibiotics on livestock. Gov. Jerry Brown passed a law Saturday that will allow antibiotics to only be used on sick animals, but a veterinarian's prescription is needed.

Antibiotics are often used to make livestock grow larger and survive conditions that could otherwise make them sick. But many sources, like the Centers for Disease Control and Prevention, have warned overuse in the meat industry is making bacteria in both animals and humans resistant to the drugs. (Video via Fix Foods)

That's cause for concern. The CDC recently estimated 23,000 Americans die each year from antibiotic-resistant infections. (Video via PETA)

The Los Angeles Times reports livestock producers currently use roughly 70 percent of the antibiotics sold in the U.S. (Video via KPIX)

In his signing message, Brown said the "overuse of antibiotics [has undermined] decades of life-saving advances in medicine."

The new law does have its critics. Some say it could be difficult for rural farmers to get antibiotics from a veterinarian. Distance could presumably make obtaining that prescription a challenge.