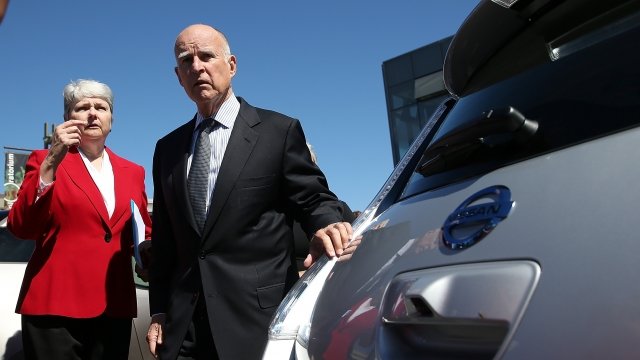 The Trump administration and a number of states are set for a legal battle over the future of fuel efficiency for some American vehicles.

California announced that it, along with 16 other states and the District of Columbia, are suing the Environmental Protection Agency over a plan to cut back Obama-era goals for gas mileage.

Adopted in 2012, the policy would require car manufacturers to roughly double fuel efficiency in the coming years. The end goal was for cars and light trucks to reach 54.5 miles per gallon by model year 2025.

But EPA Administrator Scott Pruitt has challenged those regulations. He reportedly proposed keeping fuel efficiency standards at levels the auto industry is currently projected to hit in 2020, which is roughly 40 mpg.

On the flip side, California enforces even stricter efficiency standards than the federal government's current rules. But the new EPA plan would take away its ability to do that. Car companies have tried and failed to block California's standards in court.