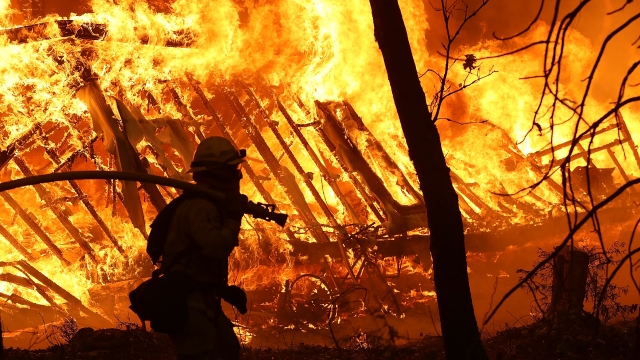 Lawmakers in California approved a measure Thursday that will create a multibillion-dollar wildfire fund. The fund will be used to compensate future wildfire victims and protect the state's utility companies from financial  ruin.

The bill, which is based on a proposal by Gov. Gavin Newsom, follows two years of some of the most deadly and destructive wildfires in California's history — including last year's Camp Fire, which destroyed the town of Paradise and killed 85 people.

Those wildfires also forced Pacific Gas & Electric Co. to file for bankruptcy after investigators determined the company's power lines were responsible for some of the fires. PG&E is facing billions of dollars in liability.

The bill includes two models for the wildfire fund. The first would be valued at $10.5 billion and would be funded through an extension of an electricity surcharge that already exists on utility bills. That surcharge was originally set to expire next year.

The second model would increase the fund to at least $21 billion. In this case, beyond the money from the electricity surcharge, three of California's utility companies would contribute by matching the $10.5 billion from the ratepayers.

PG&E is working its way through bankruptcy court, but it would be required to participate in the $21 billion fund if the other two utility companies — Southern California Edison and San Diego Gas & Electric — elect to sign on. Those two companies would have 15 days after the legislation is enacted to make their decision.