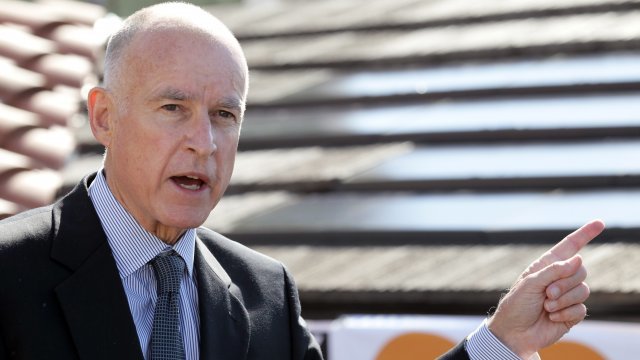 Gov. Jerry Brown invited Trump to visit the Central Valley, where preparations for a high-speed train line are taking place.

President Donald Trump is scheduled to visit California this week to see prototypes of the wall he promised to build along the U.S.-Mexico border.

But Gov. Jerry Brown says he also wants Trump to take a look at his signature project — a high-speed train line that's being built between San Francisco and Los Angeles.

In a letter Monday, Brown invited Trump to visit the Central Valley, where preparations for the train are taking place. The letter read, in part: "You see, in California we are focusing on bridges, not walls. And that's more than just a figure of speech."

Trump's relationship with California has been pretty rocky, especially when it comes to immigration laws.

Last week, Brown accused the Trump administration of "going to war" with California after the U.S. Justice Department filed a lawsuit targeting state laws that aim to give protections to some undocumented immigrants.

A spokesperson for Brown told the Los Angeles Times the governor isn't planning to greet Trump when he arrives.