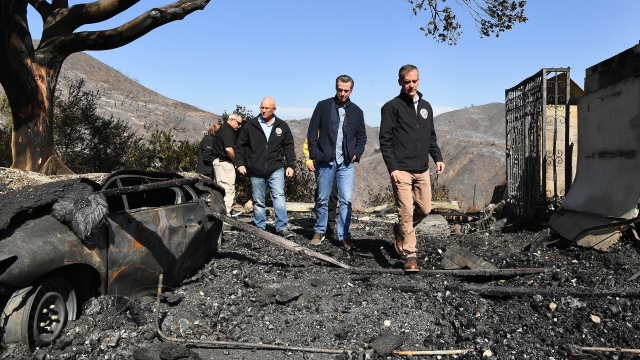 PG&E's future has been in limbo as it goes through a lengthy bankruptcy process. It filed at the beginning of the year, saying the utility faces more than $30 billion in liabilities because its equipment is blamed for sparking major wildfires.

PG&E's proposed settlement with wildfire victims is part of its plan to pull out of bankruptcy. The company doesn't need the governor to approve, but it had asked him for feedback. Newsom said in a five-page letter to the company's president that its reorganization plan falls "woefully short" of meeting new safety requirements. He said PG&E needs to address decades of mismanagement before he will sign off on the deal.

PG&E told the Sacramento Bee on Friday that, despite Newsom's rejection, the plan complies with new laws and is the "best course forward for all stakeholders."

Meeting the safety requirements that Newsom and PG&E are disagreeing about would unlock a $21 billion fund to pay wildfire costs. State regulators will judge whether or not PG&E meets the new standards, and Newsom says the company's proposal is only feasible if it gets that funding.

A U.S. bankruptcy judge needs to approve the settlement before Dec. 20 for it to be included in PG&E's reorganization plan.