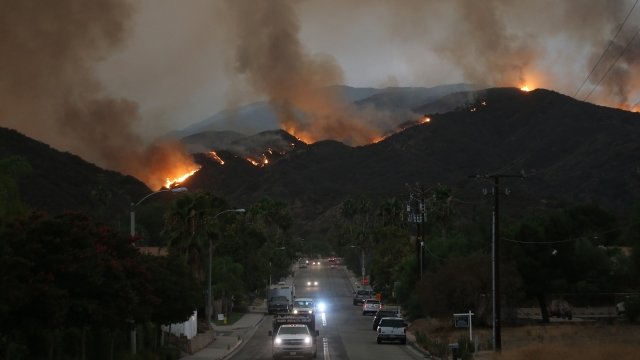 California's governor declared a state of emergency Thursday night for two counties in Southern California that have been scorched by a wildfire.

Since it started Aug. 6, the Holy Fire has spread across more than 10,000 acres in Orange and Riverside counties, prompting more than 21,000 people to flee their homes.

As of Thursday, the blaze had destroyed 12 structures. In that same update, fire officials said crews had the fire only 5 percent contained.