California Assembly Passes Bill To Crack Down On Vaccine Exemptions 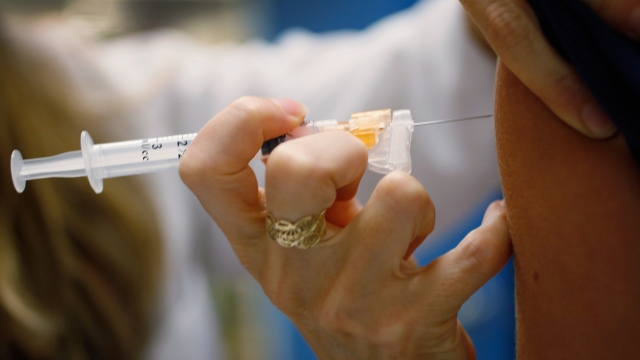 Lawmakers in California have advanced a bill to crack down on fraudulent vaccine exemptions.

On Tuesday, the California Assembly passed a bill that would get the state health department involved in medical exemptions for vaccines.

Doctors would still be the ones to issue the exemptions, but the bill would require all medical professionals across the state to use the same form. It would also start annual reviews of those exemptions. Any schools or institutions with less than a 95% vaccination rate would be subject to review, as well as any individual doctor who issues five or more exemptions in a year.

The bill's author says, by and large, most medical exemptions are legitimate. But he said "a small number of unethical physicians have monetized their license by selling [medical exemptions] for profit."

California has some of the strictest vaccination rules in the country. A law passed in 2015 banned exemptions for religious or personal beliefs, which meant children can only skip their vaccinations for medical reasons.

The bill now heads back to the state Senate, where a previous version of it easily passed. But the bill is likely to change again in the Senate.

California Gov. Gavin Newsom wants to see "technical" amendments to the bill. His office said on Twitter that additional changes will help medical providers, parents and public health officials know the "rules of the road" when the bill goes into effect.