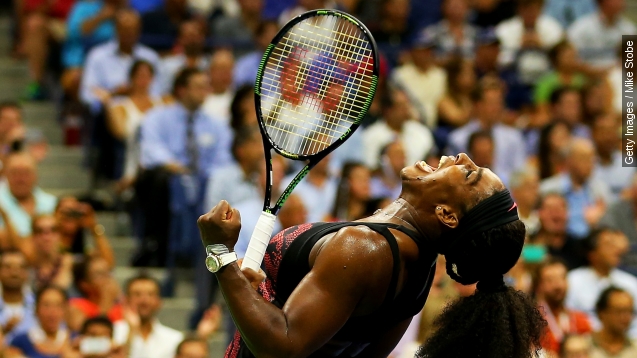 She's taken home the trophy from the 2015 Australian Open, the French Open and Wimbledon. Now, Williams is only two wins away from taking the title at the U.S. Open — and a Grand Slam sweep.

Maureen Connolly did it in 1953. The California native was only 18 years old. A horseback riding accident the next year forced her into early retirement. (Video via Netherlands Institute for Sound and Vision)

Then there's Margaret Court. The Australian won her title in 1970 at age 28. She's also the only player in the world, male or female, to win the Grand Slam in singles and doubles.

German Steffi Graf took home the title in 1988. She was 19 at the time. She took the title one step further and won gold at the Summer Olympics. Media dubbed it the "Golden Slam."