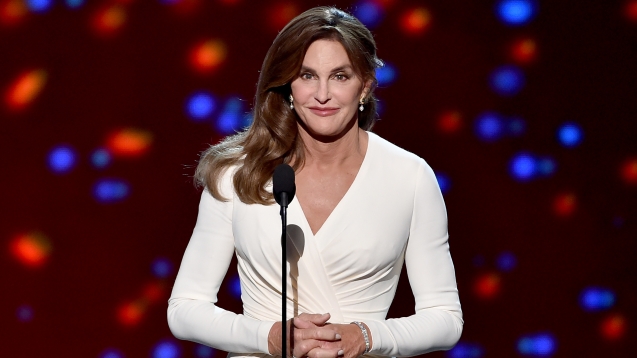 "When you hear that there are companies out there that want to do Caitlyn Jenner costumes for Halloween from the Vanity Fair cover, are you in on the joke or do you think it's offensive?" Matt Lauer asked.

"I'm in on the joke. No, I don't think it's offensive at all," Caitlyn Jenner said on NBC's "Today."

Caitlyn Jenner addressed those notorious Halloween costumes mocking her Vanity Fair cover on the "Today" show, laughing off what some in the LGBT community find offensive.

The director of one advocacy group called for a boycott over the costumes last month, saying: "This, in a year where 19 transgender women in the United States have been murdered. We aren't a joke. We aren't a costume. We aren't disposable."

Jenner, a Republican, is used to being a controversial figure since coming out as transgender. She says she's a traditionalist, including once having qualms about gay marriage, which led to her catching some flak from Ellen DeGeneres.

"If that word 'marriage' is really, really that important to you, I can go with it," Jenner said, explaining her thoughts on gay marriage.

"It's funny because you're sort of, not on board with it," Ellen DeGeneres said.

As probably the most-heard voice from the trans community today, Jenner seems to be confusing many.

Trans activist   told TheWrap: "Caitlyn Jenner will never understand the real cost of being transgender because she will never have to bear the cost. She's a product."

But as Jenner put it, she's not "stand[ing] in front of anybody's happiness," meaning she might be coming around on issues that are important to the community.

As for that costume, Anytime Costumes pulled the picture from its site. But as of Wednesday, Spirit Halloween still had it up, saying it's "celebratory" of Jenner.