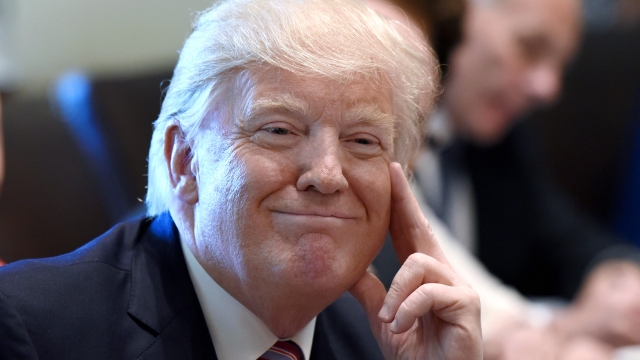 President Donald Trump's first full Cabinet meeting was ... well, it was something.

"Never has there been a president — with few exceptions, in the case of FDR, he had a major depression to handle — who's passed more legislation, who's done more things than what we've done," the president said.

... he opened the floor for updates from his Cabinet. But pretty much everyone used their time to praise the president and thank him.

Vice President Mike Pence started it off. "It is just the greatest privilege of my life is to serve as vice president to the president who's keeping his word to the American people," Pence said.

"... (W)ith your direction, we were able to also focus on the forgotten man and woman who are the folks who are paying those taxes," Office of Management and Budget Director Mick Mulvaney said, repeating a term Trump used earlier in the meeting.

Health and Human Services Secretary Tom Price said, "I can't thank you enough for the privileges you've given me and the leadership that you've shown."

And White House chief of staff Reince Priebus said, "We thank you for the opportunity and the blessing that you've given us to serve your agenda and the American people."

"Michelle, how'd my hair look coming out of the gym this morning?" Schumer asked one of his staffers.

"You have great hair — no one has better hair than you," she replied. Another staffer cuts in to say, "Before we go any further, I just want to say thank you for the opportunity and blessing to serve your agenda." The group can't contain themselves by this point and all start to laugh.

Kidding aside, fact-checkers agree that Trump's claims about his legislative achievements weren't the whole story. 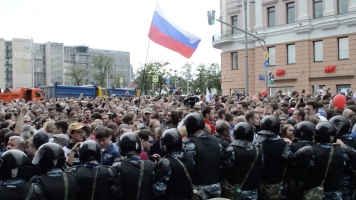 Trump's right that he's signed a lot of bills, but none of them were all that significant. Major parts of Trump's agenda — a border wall, replacing Obamacare, his so-called travel ban — are still on hold. Plus, his administration can't seem to shake the shadow of the Russia investigation.