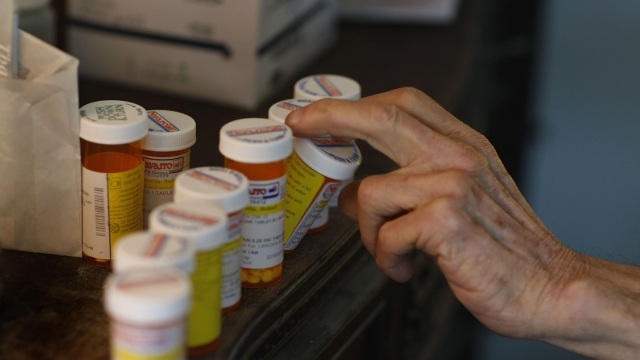 SMS
California Seeks To Create Its Own Rx Line To Cut Prescription Costs
By Alec Larson
By Alec Larson
January 10, 2020
​The CalRX generic drug program would see the state contract with manufacturers to produce certain drugs with the intention of spurring competition.
SHOW TRANSCRIPT

California Gov. Gavin Newsom has introduced a proposal that would make California the first state to establish its own generic drug label, in order to "take the power out of the hands of greedy pharmaceutical companies."

Unveiled on Friday as part of his State Budget proposal, Newsom's planned CalRX generic drug program would see the state contract with manufacturers to produce certain drugs in the hope of spurring competition and lowering prices.

Gov. Newsom said in a statement: "A trip to the doctor’s office, pharmacy or hospital shouldn't cost a month’s pay ... The cost of healthcare is just too damn high, and California is fighting back. These nation-leading reforms seek to put consumers back in the driver seat and lower health-care costs for every Californian."

Newsom's proposal also seeks to create a single market that would set uniform prices for selling prescription drugs in the state. But it's unclear if pharmaceutical companies would agree to the state's framework.

Moving forward, state lawmakers will still have to approve the proposal before it can take effect. While Newsom's office has yet to say how much the drug proposal will cost, California is expected to have as much as a $7 billion surplus this year.