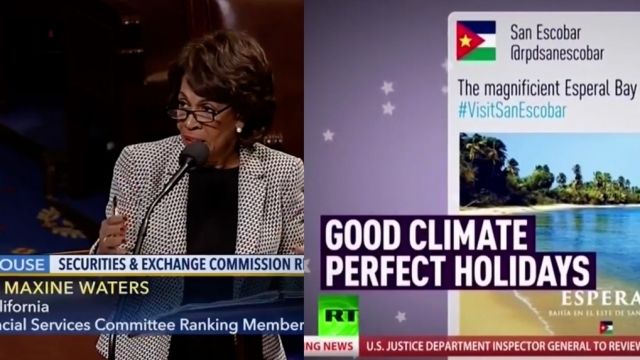 This is all we heard from Rep. Maxine Waters before a state-funded Russian news network interrupted her:

"At this time, with a bill that would basically take our cop on the block, the SEC, and literally obliterate ... " Rep. Maxine Waters said.

It happened Thursday afternoon as C-SPAN streamed a House of Representatives congressional session. The programming from Russia Today played instead of Waters' argument for about 10 minutes.

It's unclear what caused the interruption. C-SPAN said in a statement later that day that its team was "operating under the assumption that it was an internal routing issue." RT is one of the networks it regularly monitors. 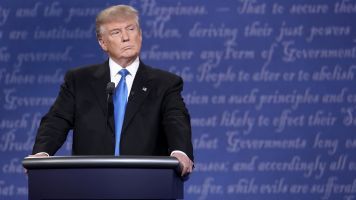 CNN: US Investigating Whether Russia Has 'Compromising' Info On Trump

But many say they aren't satisfied with that explanation, including the congresswoman whose speech was cut off by the glitch.

Waters was talking about the importance of the Securities and Exchange Commission and had mentioned Russia and President-elect Donald Trump several times.

She told The New York Times: "I just think it's strange. At a time when our intelligence agencies are very confident and basically have confirmed that Russia hacked the D.N.C. and other political interests, and then ... I get interfered with and interrupted by Russia Today."

C-SPAN says it's conducting a "deeper investigation" into the interruption and will issue a public statement if it finds any new information.