C-Sections Could Be Changing How Humans Evolve 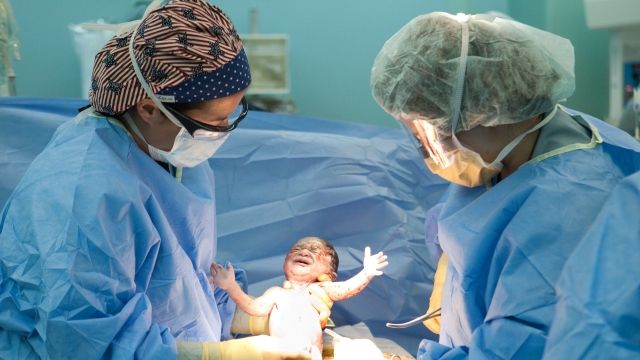 SMS
C-Sections Could Be Changing How Humans Evolve
By Briana Koeneman
By Briana Koeneman
December 6, 2016
Researchers say the tendency to opt for C-sections could be contributing to a startling rise in obstructed births.
SHOW TRANSCRIPT

A new study says cesarean sections, or C-sections, could be changing how humans are evolving.

C-sections have been around hundreds of years, but the surgical procedure has become more successful in recent decades. And the number of babies born by C-section has been on the rise.

According to the U.S. National Institute of Child Health and Human Development, about 1 in 3 births in the U.S. is by C-section.

Researchers in Austria say this tendency to opt for C-sections could be contributing to a startling rise in obstructed births, where the baby's head is too big or the mother's pelvis is too narrow for childbirth.

SEE MORE: The US Birth Rate Is Dropping, But Other Countries Have It Much Worse

As the study's lead author told the BBC, "Women with a very narrow pelvis would not have survived birth 100 years ago. They do now and pass on their genes encoding for a narrow pelvis to their daughters."

It's unclear why the human pelvis has not evolved to grow bigger over the years. But scientists believe newborn babies have gotten bigger because it helped the human race survive.

Medical data has shown that larger newborns have higher survival rates and are more likely to fight off several diseases.

Researchers predict that this rise in the number of C-sections will continue but not to the point where natural births will become extinct.