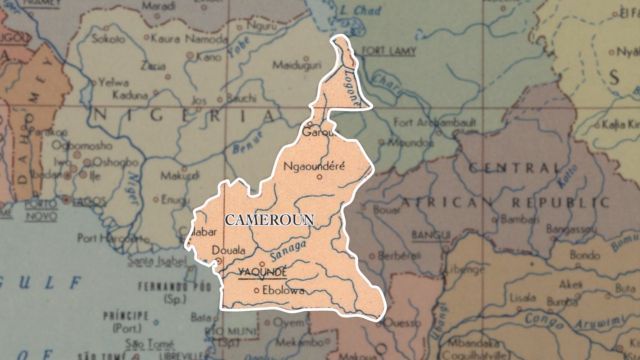 In Cameroon, unrest is building, not over ethnic or religious lines, but over linguistic lines between French speakers and English speakers.

We often hear about international conflict over political or ethnic divides. But this isn't about that at all. In Cameroon, this conflict is about language.

The African nation of Cameroon has two official languages — French, spoken by roughly 80 percent of the country, and English, spoken by the other 20 percent. To understand the language divide, you need to know how modern-day Cameroon came to be.

In 1884, the German Empire claimed the region as Kamerun. After Germany's defeat in World War I, the land was split between France and Britain as a League of Nations mandate. France took over the larger portion while Britain took control of a slice next to its Nigerian territory.

Here's how (and where) ISIS operates its online propaganda network.

The next year, a referendum was held in British Cameroons and the territory was split between Nigeria and the newly independent Republic of Cameroon, leading to the creation of a two-state federation: French speaking on one side, English on the other.

Both languages were supposed to have equal status, but English speakers, Anglophones, didn't fare well under Ahidjo's Francophone-dominated authoritarian rule. A new constitution in 1972 only made the problem worse by abruptly transforming the country into a highly centralized unitary state.

Ahidjo stayed in power until 1982 when he stepped down and was replaced by his prime minister, Paul Biya, who still serves as Cameroon's president. Unrest continued to simmer in the '80s and '90s into what is today commonly referred to as "The Anglophone Problem."

Things started escalating last year in November. Lawyer and teacher unions in Cameroon's two English-speaking western provinces went on strike. They rallied against the "francophonisation" of the education and law systems.

Millions In Africa Are On The Brink Of Widespread Famine

The U.N. says it needs at least $4.4 billion by the end of March to prevent a catastrophe.

After clashes with security forces that have left hundreds of protesters arrested, dozens injured and some dead, the strikes have grown into a wider movement of social unrest.

In January, Anglophone activists called for a month of "ghost towns" by staying home in peaceful protest.

Not long after, the government responded. Two Anglophone groups were banned and three lead activists were arrested on terrorism charges. The government also shut off all internet in the western Anglophone provinces.

"The Anglophone Problem" isn't only a linguistic issue, it's also a political one.

Why Most World Maps Are Very Wrong

You know those maps where Greenland is bigger than South America and Russia looks absolutely gigantic? They're wrong. Very wrong.

Anglophones are also poorly represented in the government.

Some groups want to eventually return to a federalized state through referendum. Others are demanding outright secession and the creation an entirely new state — one built for Anglophone society.