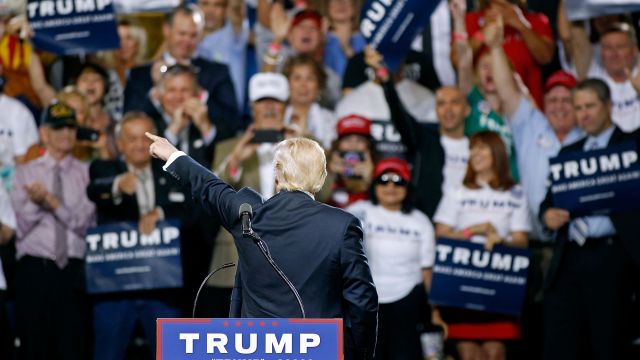 By Madeline Carl
June 30, 2016
Trump has spoken about phone surveillance before, but it's mostly been about other people tapping into his own phone calls.
SHOW TRANSCRIPT

According to a bizarre report from BuzzFeed, Donald Trump used to eavesdrop on phone conversations between staff members and between staff and guests at his Florida Mar-a-Lago Club.

BuzzFeed talked to six former Mar-a-Lago employees. Four of them claimed Trump had a switchboard-like console in his bedroom that he used to listen in on hotel landline conversations in the mid-2000s.

Trump has spoken about phone surveillance before, but it's mostly been about other people tapping into his own phone calls.

"Assume everybody's listening. I always do. Every time I pick up a phone, I assume people are listening," Trump said during a campaign speech.

"I assume when I pick up my telephone, people are listening to my conversations," he said in an interview.

Trump's camp denies these claims. His spokeswoman Hope Hicks responded to the report by writing, "This is totally and completely untrue."