One Way To Help The World's Overfishing Problem: Buy American 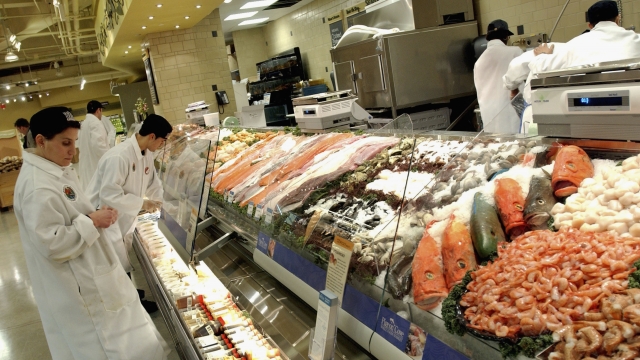 SMS
One Way To Help The World's Overfishing Problem: Buy American
By Ryan Biek
By Ryan Biek
December 7, 2016
Compared to much of the world, the U.S. has tried to tackle the problem head-on.
SHOW TRANSCRIPT

If you don't want the world to run out of seafood, you might want to buy American.

The World Wildlife Fund estimates 85 percent of the world's fisheries are unsustainable, but U.S. fisheries have tried to tackle the problem head-on.

Compared to other animals, getting marine populations up is usually relatively easy, as long as you enforce quotas.

To keep certain species sustainable, scientists have long recommended caps for fishermen, but enforcing those quotas has been a different story.

The U.S. has been one of the most successful countries when it comes to sustainable fishing.

But here's the problem: The U.S. still imports about 90 percent of the seafood it eats.

While American fishermen have gotten much better at sustainable fishing, what they do or don't do to their catches might be part of the problem.

Experts told Quartz that ironically, consumers can often get fresher fish flown in from around the world because those fisherman use techniques that keep their catches fresher longer.

If current worldwide overfishing trends continue, WWF says all fish stocks used for food will collapse by the year 2048.